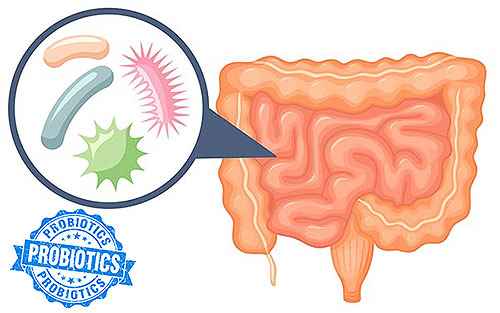 Within every human being is a flourishing, living colony of approximately four pounds of bacteria.  Most of these bacteria reside in the human digestive tract, although some are found elsewhere. Without a sufficient number of friendly bacteria known as probiotics, human life could not exist.

1. Probiotics for the 21st Century http://www.naturodoc.com/library/detox/probiotics.htm

2. An Introduction to Probiotics http://nccam.nih.gov/health/probiotics/

3. Systemic Yeast Infections and its Many Diseases http://www.yeastinfectionadvisor.com/systemicyeastinfections.html

4. Acidophilus and Other Probiotics http://altmedicine.about.com/cs/herbsvitaminsad/a/Acidophilus.htm

Irene’s Myomassology Institute is a nationally accredited massage therapy school located in Southfield, Michigan.  Scholarships and Financial Aid are available for qualified students to help them pay school tuition.  Our students graduate with a state license prepared for a successful career as a massage therapist.  Irene’s lifetime job placement services maintain an abundance of massage career opportunities for our alumni.  Irene’s student massage clinic provides affordable massage to the public with discounted prices for seniors and veterans. Irene’s massage supply store equips massage therapists with the necessities to manage a successful career.